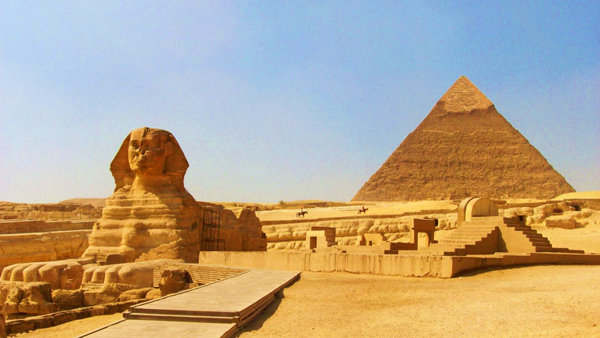 While the technological breakthroughs highlight one side of the human accomplishments, looking at the ancient architectures, it is established that man had started making wonders from very early times. The Great Pyramid of Giza which stands on the borders of El Giza plateau in Egypt is the glaring example of this fact.

Also known as the Pyramid of Khufu, it is known to be the oldest amongst all wonders of the world and is recorded as the largest amongst the three pyramids which used to be there in the Giza Necropolis. Similar to the concept of pyramids, the Great Pyramid was also built as the tomb of the Egyptian Pharaoh Khufu in about 2560 BCE. As the Greeks called the pharaoh as Cheops so the structure is also known as the Pyramid of Cheops. For a long time in the history of the world, the Pyramid of Khufu was known to be the tallest man made structure.

As a pharaoh, Khufu was known to be largely regarded by his subjects as he took measures to reduce the power of the priests and ensured that every person of his kingdom had ample food and clothing. The Great Pyramid was built by his people on the word of their ruler and also as a mark of respect to him. Although the pyramid is not adorned with any kind of scripture but, it exemplifies the engineering and architectural sense of the local people of the time. Despite of the many years of its existence there are still some traces of the casting stones which can be seen at the foot of the oldest wonder of the world.

The Great Pyramid of Giza was made from about 2 million lime stones which were placed one on top of the other to make a structure of height 481 feet. Similar to the other pyramids, the Pyramid of Cheops also has three chambers amongst which one is known to be the Pharaoh chamber which now only has the sarcophagus and the other which was known as the queen’s chamber is now known to be the room of the king’s spirit. The entrance of the pyramid is from the northern side and the one aspect which separates the Great Pyramid of Giza from the rest of the pyramids is its passageway which is both in the ascending and descending order.

The Great Pyramid of Giza is so famous and it has appeared in a number of films, documentaries, novels and so on. While previously it was a symbol of Egypt’s wealth, now it symbolises the rich cultural heritage of the land. However, to the current tourists the entrance inside the pyramids is not allowed most of the times because of preservation. When the allowance is there the accommodation can be only for  150 tourists both during morning and evening. Reaching Giza can be done through metro from Cairo or also by taxi and bus from Cairo. From the Giza station, the pyramids are located at a distance of 8 km which can be covered in a bus.