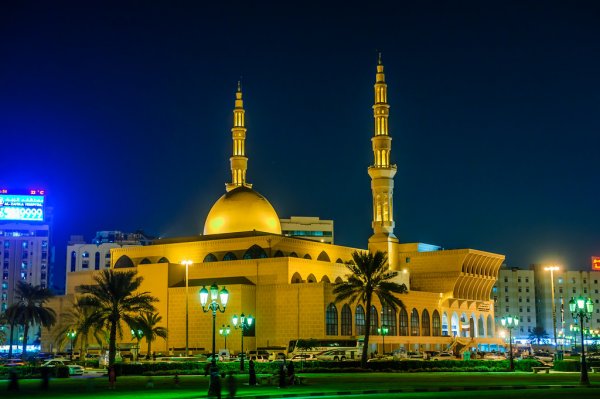 Till the year 1993, the Faisal Mosque basked under the glory of being the largest mosque in the entire world before being surpassed by the Hassan II Mosque of Morocco. Thereafter, expansions also happened in the Masjid Al-Haram in Mecca and Al-Masjid al-Nabawi of Medina which pushed the position of the Faisal Mosque to the fourth position. After its completion, the Faisal Mosque was also a place for the International Islamic University. In the initial periods, the shape of the mosque faced much criticism which later died down after the completion.

The structure of the Faisal Mosque contains four minarets which have a height of 90 metres each. The minarets are inspired by Turkish architecture which is evident from their thin and pencil like structure. The roof of the triangle shaped prayer hall has a height of 40 metres and can be entered from the east. The main hall has marble decorations done which mosaic and calligraphy. There is also a beautiful Turkish chandelier which adorns the main hall. Though, the main campus of the International Islamic University has shifted to another location but, the library, museum, and lecture hall still exist within the Faisal Mosque.

The area covered by the Faisal Mosque is 5,000 sq metres which can hold up to 10,000 devotees in the main prayer arena. In addition, there are the porticoes, courtyards, and other neighbouring grounds which can further accommodate 24,000, 40,000 and 200,000 people to offer prayer in the Faisal Mosque. It thus has a large capacity of holding people in the premises. A good description of the Faisal Mosque can be found in the book of Khalid Hosseini named The Kite Runner.

Though the Faisal Mosque allows visitors across the world to pay respect at the premises but, it is requested that they should avoid visiting during the times of prayers or on Fridays. The dressing should be conservative and the shoes are to be left outside the premises. Commuting is done best with taxi or with an intercity bus from the 8th Ave.