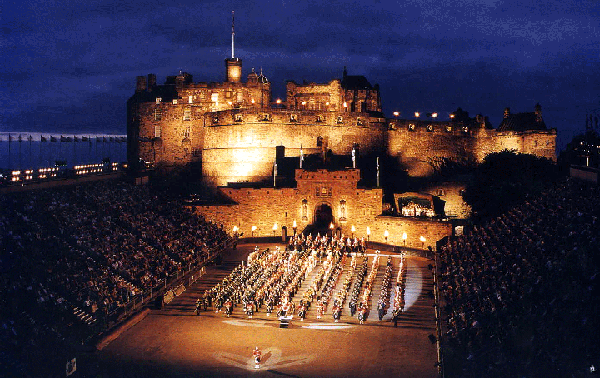 One of the glaring evidences of Scotland’s rich past is the Edinburgh Castle which stands tall till the current day on the Castle Rock in the heart of Edinburgh’s Old town. It hides in itself a history of one thousand years and is undoubtedly the most prestigious castle of the British Isles.

The various parts of the Edinburgh Castle have different histories. While the oldest part is the Chapel of St. Margaret which dates back to the 12th century, the Great Hall and the Half Moon Battery were constructed in the 15th and 16th centuries, respectively. The residential role of the Edinburgh Castle remained till the 15th century post which it was primarily used as a military barrack. When in 19th century it was decided to preserve the castle as the Scottish National Heritage that the restoration work began on the Edinburgh Castle.

The Edinburgh Castle is now the home to the Scottish Crown Jewels, the Stone of Destiny, the famous Scottish guns of Mons Meg and One O’ Clock, and the Scottish National Was Museum. Although, the responsibility of some parts of the castle now belong to the British Army but, their presence is occasional, ceremonial, and more related to administrative actions. The Edinburgh Castle is one of the prime tourist attractions of Scotland.

Such is the position of the Edinburgh Castle that it gets a natural defence from its enemies. It is evident that the defence strategy of the castle was made with a number of gates which stand before the main entrance. Towards the main entrance is a slope called the Esplanade. In this part you can find the statues of Robert the Bruce and William Wallace. Then are the Portcullis Gate and the Argyle Tower which lead the ways to the Military Buildings and the National War Museum. In the highest part of the Castle Rock are situated the St. Margaret Chapel and the Upper Ward. In this part you can also spot the famous Scottish defence gun called the Mons Meg. On the eastern part of the Edinburgh Castle are the Half Moon Battery and the David’s Tower. While the courtyard of the palace is called the Crown Square, the royal residence area comes under the Royal Palace. It is in this part of the Castle that the Honours of Scotland are kept in the Crown Room which is vaulted.

In the current times the maintenance of the Edinburgh Castle is done by the Scottish Government through a wing called the Historic Scotland. They not only maintain the premises for tourist visits but also take care of the conservation of the fortress. In the year 2011 alone, the Edinburgh Castle received 1.2 million visitors making it to be the most visited place of Scotland. Keeping in mind such heavy tourist footfalls the Castle provides a number of parallel facilities like restaurants, souvenir shops, and historical displays.

There are tours of the castle provided by both stewards and audio visual aids which narrate the history of the castle and also its architectural significances.