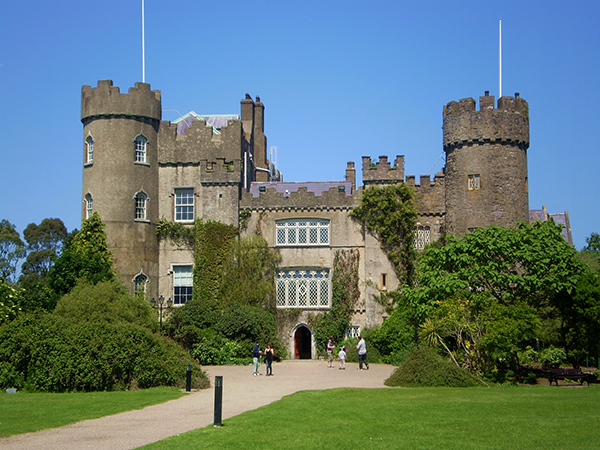 So far you may have visited a number of fortresses across the globe but, did you ever have had the chance to reside in one such medieval fortress which can take you back in time alongside providing all the modern amenities and leisure options which you expect in a vacation. This dream can be fulfilled in the Ashford Castle of Cong in Ireland which is a fortress of 1228 converted in to a modern luxury hotel.

Being listed in the Leading Hotels of the World organization, the Ashford Castle takes you back in time with splendid views of the countryside of the Mayo/Galway border and the shores of Lough Corrib in the Republic of Ireland. Over decades, it has passed through the hands of many families which have kept extending the fortress to its current magnitude and splendour.

The journey of the Ashford Castle started with the House of Burke in 1228 as it got built and then moved over years to finally come into the hands of the Irish government in the year 1939 from the Guinness family. By this time not only the structure but also the entire estate had received a number of up gradations and expansions. It was soon identified as a place which could provide country retreats to interested tourists and could also be developed with the parallel modern amenities of the day.

The Ashford Castle hotel thus provides both rooms and suites which are a mix of tradition and modernity. The range of activities provided by the hotel include fly fishing, horse riding, golf, and lastly hawk flying which is supervised and guided by Ireland’s first falconry school. The restaurants of the hotel, namely the posh George V and the traditional cuisine in “Cullen’s at the Cottage”, both provide excellent options for couples to enjoy their lone times. By 2012 the Ashford Castle had 83 bedrooms in which 6 were suites. However, post May 2013 the hotel has gone in to the hands of the Red Carnation Hotels which is expected to bring more changes to the hotel. In the current times, most visitors of the Ashford Castle come from the Californian part of the United States.

During the best days of the Ashford Castle, the hotel had seen notable visitors like King George V of United Kingdom, John Lenon, George Harrison, Oscar Wilde, Brad Pitt, and Pierce Brosnan to name some.

With the changing times the owners of the Ashford Castle have also ensured that along with the traditional comforts the modern amenities are also provided to the visitors in the hotel. Thus, facilities like spa, fitness centre, broadband; TV, Movies, and so on are also in easy disposition of the visitors.

The availability of Ashford Castle is not just restricted to the holiday goers but, it also provides venue for hosing events which are both personal and professional, like weddings or meetings. With their various offer packages, it becomes even easier to opt for the Ashford Castle and make the stay memorable and affordable.

Popularly known as the “Table Mountain” in Ireland, the Ben Bulben forms a part of the Dartry Mountains in the Sligo County of Ireland. It is a formation of rock which is protected by the Sligo County Council and is known to be a formation of 320 million years when not only Ireland but most of the Earth was covered by glaciers.

It is a jaw shaped rocky ridge which is named in the Irish version of Gulban’s Peak. The height of the top of Ben Bulben is 500 metres from the sea level and the shape is known to have come from the movement of glaciers and it is composed of layers of limestone on mudstone. The lower parts of the broad ridge are known have deposits of shale which are also referred to as the Ben Bulben Shale formation. In this mountain are many fossils most of them being sea shells and some of which also contain corals. There are number of wholes on the plane surface of Ben Bulben which are famous for having unknown depths. However, if one tries to listen carefully, the sound of the tides of the oceans can be heard from the rocks thereby indicating the mammoth presence within a distance of three to four miles.

There are a large number of myths that surround the Ben Bulben. One of them is that it is the only place in Ireland where fairies, also known as ‘gentry’, are visible. In fact, if you try to look southwards from the table top of Ben Bulben, you can spot a number of megalithic structures which mainly seem to be wedges and court cairns to be strewn on the foot of the Dartry Mountains. Though there is no concrete evidence of any astounding presence in the area but, Ben Bulben certainly flaunts a variety of unique plants and living creatures which are not usually seen in the rest of Ireland. These plants include arctic alpine plants and some different hares, foxes and insects which perhaps are toned to survive in extremely cold environments.

Though, a potentially great climbing destination, the Sligo Tourism Department usually does not encourage climbing the Ben Bulben. The northern side is especially posed to be the most dangerous because it has bore the maximum brunt of the high speed winds and also the mighty Atlantic waves. In comparison, the southern side still gives a safer climb. There is a looped walkway around the Ben Bulben and it is said that from the top of the ridge a spectacular view of the Yeats Country can be enjoyed. Just next to the Ben Bulben is huge farmland which is under private ownership and is thus non-accessible to the general public.

There are number of small B&B and hotels around the Ben Bulben which give a chance to the trekkers as well as tourists to enjoy the sight of the mighty formation and also enjoy the traditional Irish culture. It is known to be one of the most visited sights of Ireland.