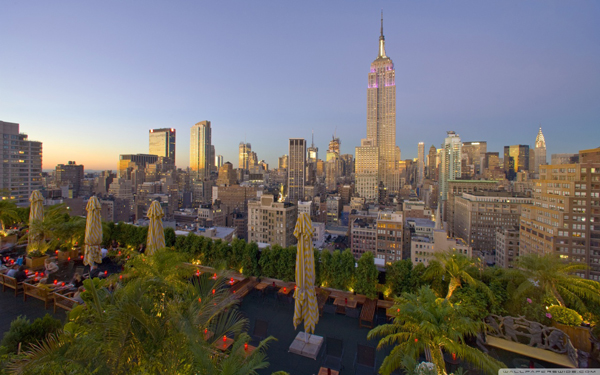 Not just a symbol of the modernist approach of United States but also, an example of man’s creative genius is as early years as 1931; the Empire State Building of New York is a point of attraction for both old and young tourists visiting the city. This skyscraper of Manhattan has 103 floors and was the tallest building of the world during its inauguration time. It stands at the juncture of intersection between 5th Avenue and the West 34th Street. If not for anything else then those of you who have watched King Kong are bound to remember the famous climb of the giant up the Empire State Building.

As the location of the building is in New York therefore, it also got its name from the city which was known as the Empire State. While the roof of the Empire State Building is at a height of 1,250 feet, the total height of the skyscraper, including the spike of the antenna on top, is 1,454 feet. As with the passing decades, a number of such skyscrapers came up in different parts of the world so, the position of the Empire State Building got pushed to being the fourth one in United States of America and the twenty third amongst those across the world. Nonetheless, this signature Art Deco style creation still finds a place in the Seven Wonders of Modern World.

Amongst the 102 floors of the Empire State Building, there are commercial set ups and offices till the 85th floor. Amongst the remaining floors are two observatory decks, the one on the 86th floor is an indoor one and the other on the 102nd floor is an outdoor observatory deck. These are most popular with the tourists as they give a 360 degree panoramic view of the entire New York. At the top most part of the Empire State Building there are broadcast antennas and lastly a rod which keeps glowing and indicating the presence to the air traffic. The Empire State Building is known to be the workplace for more than 25,000 employees who use the 73 elevators to move up and down the building. There are also LED lights fitted in the building which change colours to match the significant days of the year like St. Patrick’s Day, Independence Day, or many more.

Keeping in mind the significance of the Empire State Building it has received a good share of media importance. Actually, the top most 103rd floor of the building is mostly accessed by the celebrities when they visit the place.